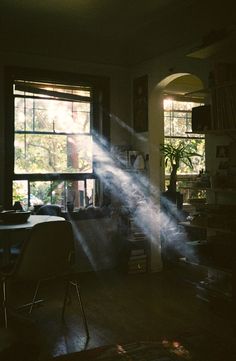 Sad as it is, the smoke from a cigarette makes the most amazing patterns with sunlight and air.... 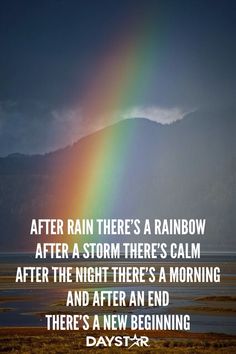 After rain there's a rainbow, after a storm there's calm, after the night there's a morning, and after an end there's a new beginning. [Daystar.com] 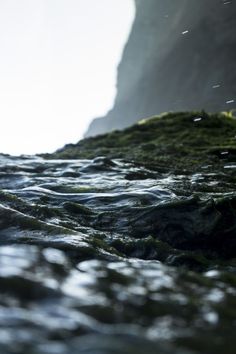 www.laurabradbury.com This photo insipres me for the fiction I paranormal romance I currently have on the backburner. Her Tea Leaves 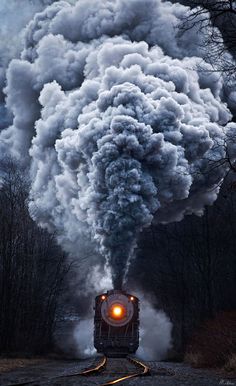 Powerful steel engines blowing huge, undulating clouds of smoke into the air emerge from the fog in these strikingly beautiful images by engineer and 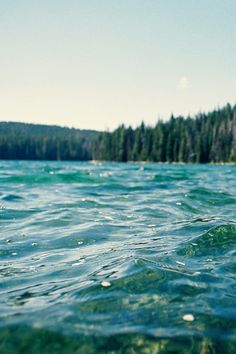 {image via} Every year around this time, I have the major summer itch. School is almost out and even the nights are warm. I’m ready for cool drinks by the water and summery nights lit up by fireflies. There’s magic to be found in the long summer days. And of course, I always like to style my home for the seasons. This year, I have the perfect excuse to ready my house for summer. Next week, I’ll be participating in Gina of The Shabby Creek Cottage’s Summer Tour of Homes. I feel honored to be… 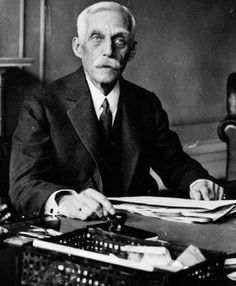 The wealthiest families in America include the descendants of banking barons, media mavens--and one of the greatest retailers the world has ever known. 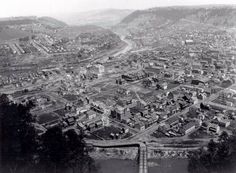 Picture of Johnstown before the Johnstown Flood of 1889. 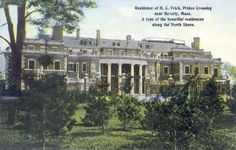 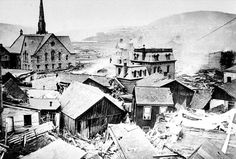 In this photo, taken shortly after the flood, stands the Franklin Street (United) Methodist Church, which did survive the flood. The church building split the flood wave, sparing many of the buildings around Central Park. The church was built of old stone from the state canal system. It did sustain damage from the flood, but still stood in the wake of the disaster. It still stands today, having survived all of Johnstown's major floods. ~NMK 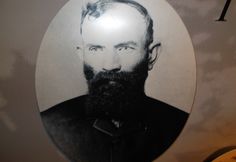 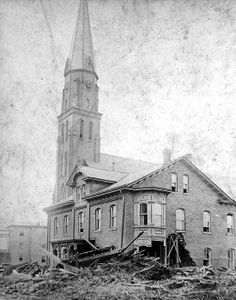 The photo is of the town clock that was housed in the steeple of a Lutheran Church in Johnstown. Despite the destruction, the bells kept ringing to mark each hour, something that was said to have had a powerful effect on all who heard it that horrific night. 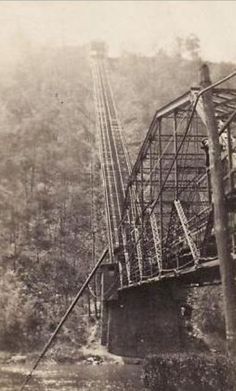 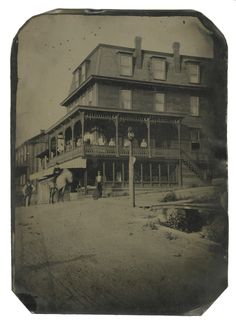 Tintype of the Lake Hotel, So. Fork, Pa. This area was adjacent to Sidman, where the 1889 Johnstown Flood began. 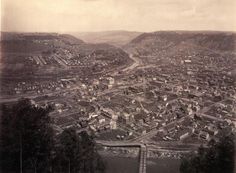 A view of Johnstown, from the top of the Inclined Plane at Westmont, by William H. Rau. In the center of the scene is Johnstown Passenger station and The Cambria Iron Works, which later became Bethlehem Steel is at the far left. 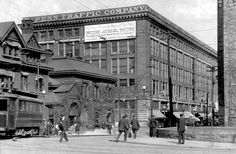 This photo was taken during WWI - notice the banner hanging on the Penn Traffic Building here on Washington Street. The Cambria Iron offices are on the left, and Johnstown's library is on the right. World War I/Period July 28, 1914 – November 11, 1918 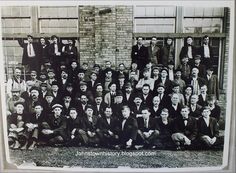