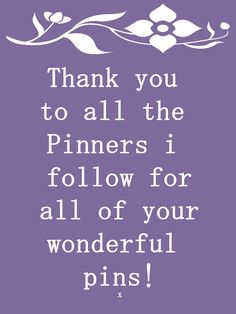 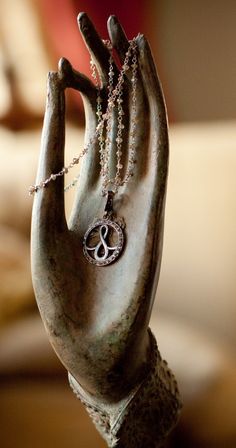 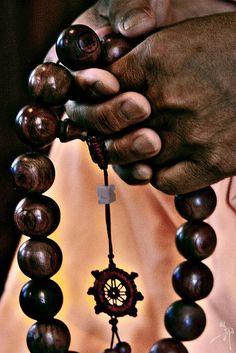 Prayer beads or japa malas are used in many forms of Mahayana Buddhism, often with a lesser number of beads than the 108 on Hindu japa malas - usually a divisor of 108. In Pure Land Buddhism, for instance, 27-bead rosaries are common. Some practitioners use malas of 21 or 28 beads for doing prostrations. 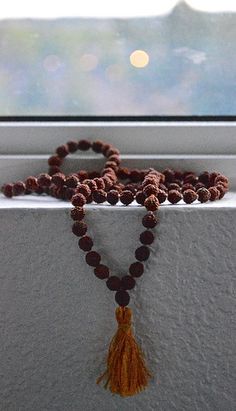 prayer beads on windowsill this 0445 this morning, Flagstaff, AZ. Low light 12800. I find the play between the parallel lines of the sill, window frame and horizon curious. 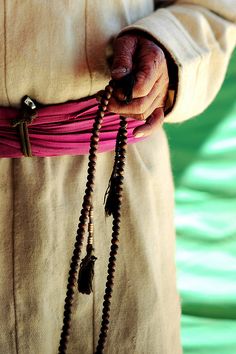 View On Black A mala (threngwa) is a set of beads commonly used by Hindus and Buddhists, usually made from 108 beads. Malas are used for keeping count while reciting, chanting, or mentally repeating a mantra or the name or names of a deity. In Tibetan Buddhism, traditionally malas of 108 beads are used. Malas are mainly used to count mantras. Shot in Leh (the old capital of the Himalayan kingdom of Ladakh, now the Leh District in the state of Jammu and Kashmir, India.) 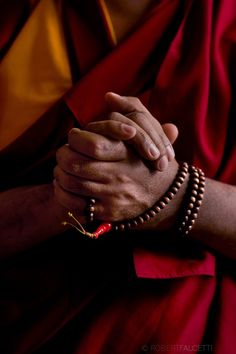 Portraits of the monks from Drepung Gomang Monastery | Robert Falcetti

The Mala beads worn by Geshe Lozang Samdup who was born in Nubra Chakrasa, Ladakh in the north of India in the year 1962. He was then called Samdup Wangdue. At the age of 13, he joined the Buddhist Order in Nubra Dekit Monastery under the abbotship of Ven. Lobzang Tsephel, from whom he received his preliminary and novice vows. He was given the novice name Lobzang Samdup. He passed through the monastic trainings, memorizing the scriptures successfully. In the 1980, having joined Drepung… 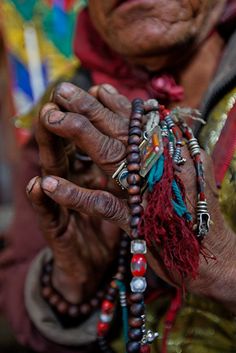 A lama holds a mala, or Tibetan rosary, used to keep track of prayers and mantras in a ritual to foretell the future. He follows the religion of Bon, which predated Buddhism in ancient Tibet and is still practiced in a few areas of Mustang. 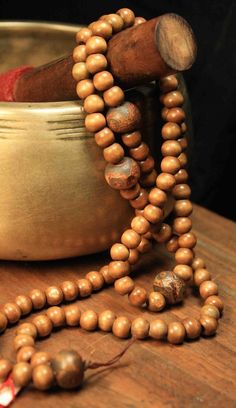 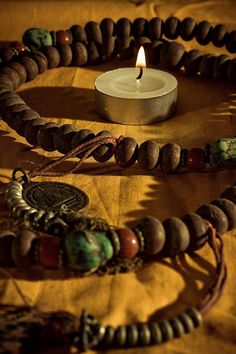 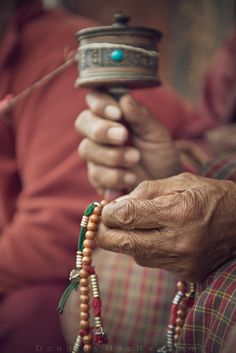 bendthedirt: “ How to Use a Mala A Mala is a string of beads used to count mantras (Sanskrit prayers) in sets of 108 repetitions. A mantra is a word or series of words chanted aloud or silently to... 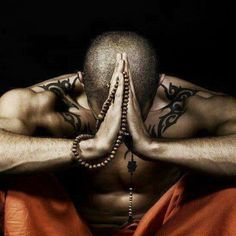 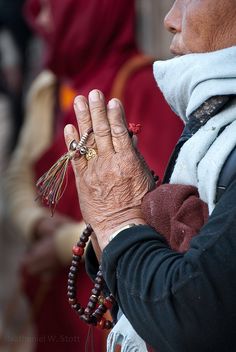 Posted via email from Stott Photo 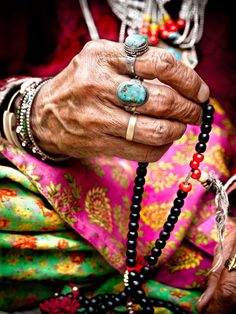 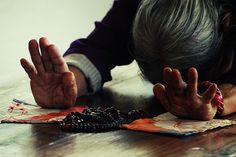 View On Black A woman bowing to statues of the Buddha. Shot in Namgyal Monastery, The Dalai Lama's residence. Dharamsala, Himachal Pradesh, India. 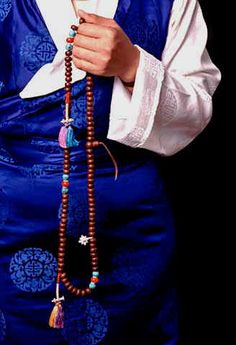 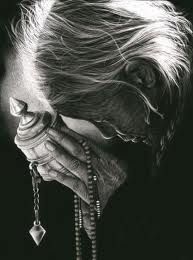