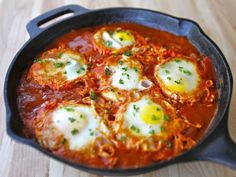 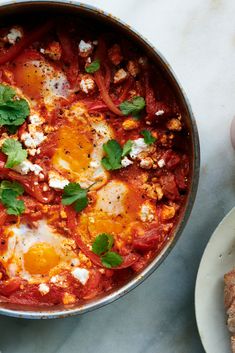 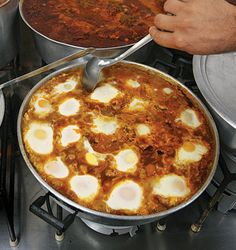 This classic Israeli breakfast, a dish of Libyan origin, can be served as a main course for any meal of the day. 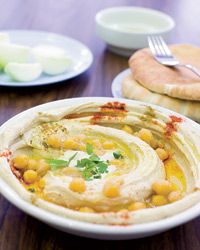 Before opening Zahav restaurant in Philadelphia, chef Michael Solomonov visited hummus parlors all over Israel trying to find the best recipe. "Hummus is the hardest thing to get right," he says. "It has to be rich, creamy and mildly nutty." To make his hummus luxuriously smooth, he soaks the chickpeas overnight with baking soda to soften them. While Americans now flavor hummus with everything from pureed red peppers to fresh herbs, Solomonov says among the fanciest garnishes you can find in… 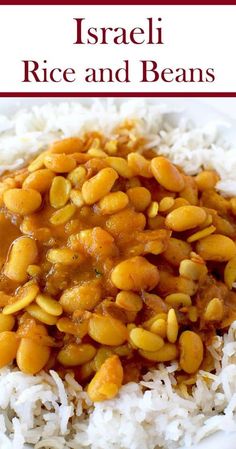 This rice and bean dish is a favorite in Israeli homes, and I always request it when I'm in an Israeli restaurant in New York. 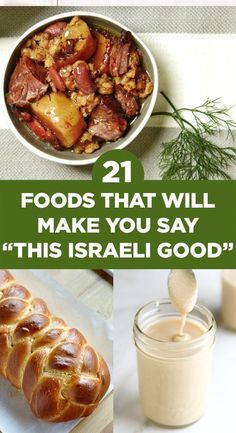 16 Delicious Middle Eastern Foods You Need In Your Life

So much food, so little time.

70 Israeli Recipes To Make This Year

We are celebrating Israel with 70 recipes you can make to feel like an Israeli. 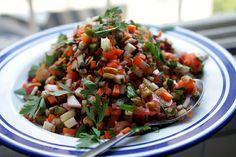 Jerusalem Food: 25 Dishes You Must Try - Bacon is Magic

In Jerusalem food is a delicious gateway to the history, culture and politics of the region. You won't want to miss these 25 foods in Jerusalem. 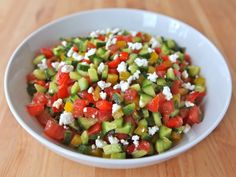 A Mediterranean twist on classic Israeli salad with sweet bell peppers and mint, topped with feta cheese and dressed with olive oil, lemon, and cinnamon. 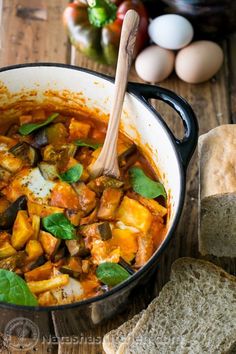 A must try Traditional Israeli Shakshuka Recipe. This will blow your tastebuds and can be eaten as breakfast, lunch or dinner. 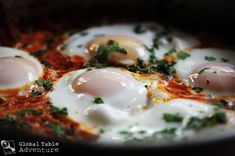 I can tell you one thing for sure – right now, somewhere in Israel, someone is eating Shakshouka, breaking their bread and dipping it in the rich sauce. This simple one-pot dish was once considered the working man’s food and is balanced – loaded up with protein, veggies, and – with a slice or two of bread – carbs. So, go ahead, make this dish and sit at the Israeli Global Table. 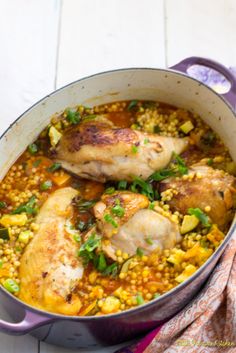 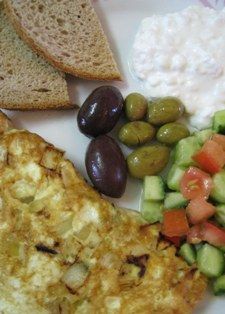 Want to enjoy an Israeli Breakfast at home? Here is an easy recipe for one of Israel's most popular meals... 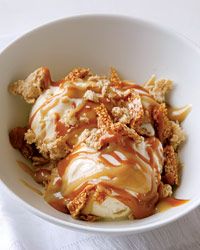 "My passion for halvah (the sesame-seed candy) is no secret. I love its crunchy, gritty, nutty flavor. I first started eating it in Paris at the pâtisseries orientales: the Middle Eastern sweet shops in the fifth arrondissement, near La Sorbonne. The flavor of halvah works well with caramel. Sesame is the new vanilla!"—Bill YossesThe sesame-flavored ice cream for this sundae is fun and unique, but store-bought vanilla ice cream is delicious, too.Recipe reprinted from The Perfect Finish by… 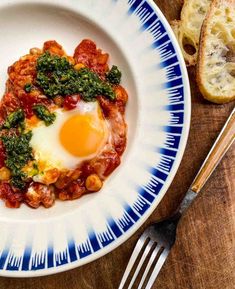 We didn't have any chile peppers during the lockdown. (Well, I did for a brief moment...but I used them to make the Mint Zhoug.) So I used red chili flakes, also known as crushed red pepper. I did add a few dabs of harissa to give the dish additional spice. You can certainly add a diced fresh chili or two to the onion and garlic mixture and skip the dried chili flakes. Feel free to stir a generous handful of torn greens, such as kale or spinach, into the tomato sauce and let it wilt a…