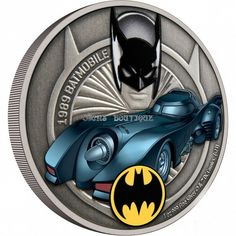 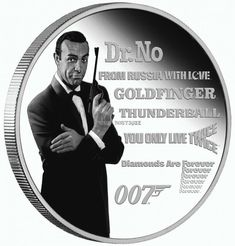 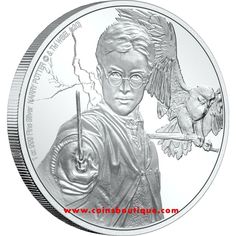 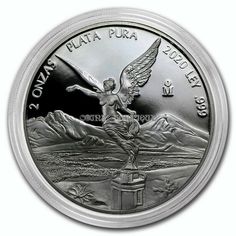 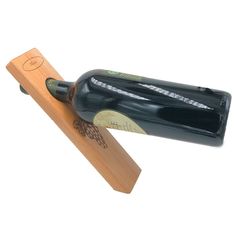 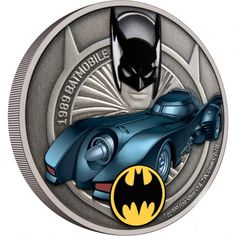 [This coin is the second in the Batmobile series, and it depicts Batman's famous ride! This coin depicts Batman from 1989. The iconic 1966 Batmobile, as well as the 1966 Batman Classic TV logo, are shown in color. This series of coins features the colorized cowl mask, corresponding Batmobile, and Batman logo for each era.] 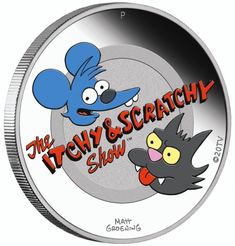 [The colored logo from The Itchy & Scratchy Show, an animated cartoon "show within a show" watched by Bart and Lisa Simpson, is depicted on the silver coin. The design features Matt Groening's signature as well as The Perth Mint's 'P' mintmark.] 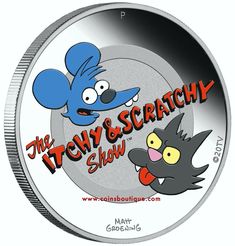 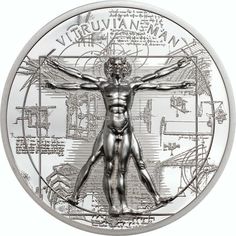 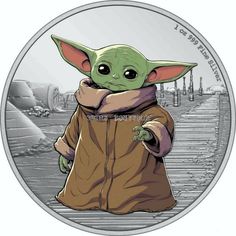 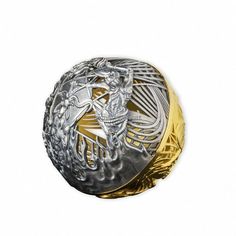 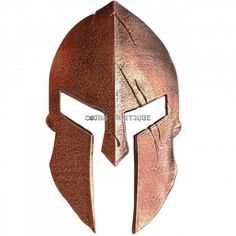 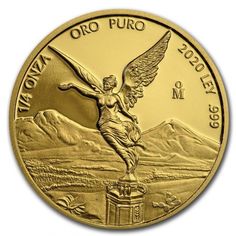 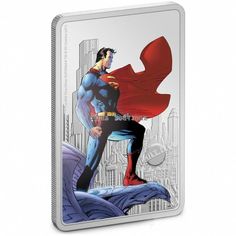