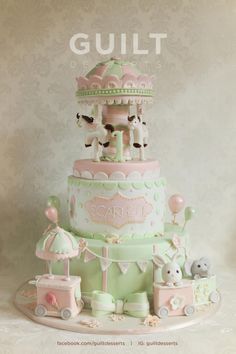 Carousel cake for me has always been a hassle… A lot of detail work, but in the end, it’s so worth seeing it all come together… Thanks for looking.. :) 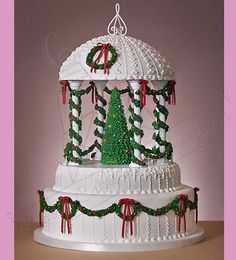 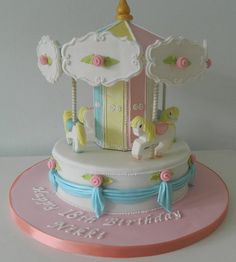 Made for a friend’s daughter’s 18th birthday – constructing the canopy and figuring out how to hold it in place was a challenge, but I was so happy with the result! It was an amalgamation of various images given to me from the internet 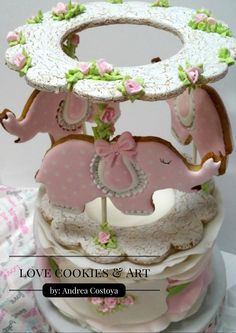 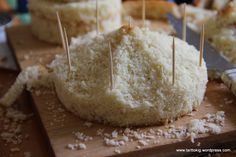 This must have been one of my favorite cakes ever to make! And maybe the cake that I’m most happy with when it comes to appearance too! I saw a great carousel cake tutorial on cakecentral abo… 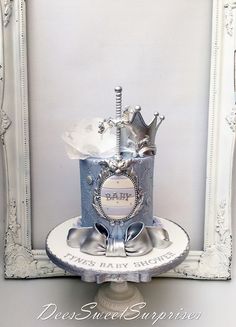 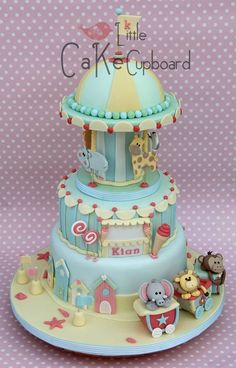 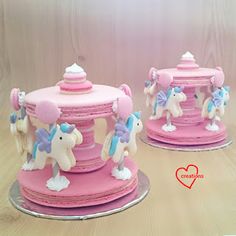 I made two unicorn macaron carousels at the same time! Pardon the short post as I am really busy and will be busy till Mother's Day because I have a huge order to cater to. Challenging but it's a privilege to bake for many mums :). Just to share some pink carousels with unicorns flying around :) I made two carousels as one is for a request and the other is for the book event display. You may refer to this post for the unicorn template and piping instructions, and this post for the size of… 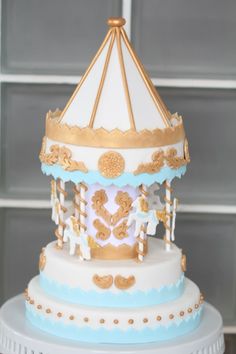 This precious CAROUSEL THEMED FIRST BIRTHDAY PARTY DESSERT TABLE was submitted by Elisa Tomba of Mama Wears Prada. What an adorable dessert table! I love how soft and dreamy it is, with it's light colors and fluffy desserts! I also thoroughly adore the darling carousel cake! It has so many details that are absolutely perfect! This party is so sweet and has so many really cute ideas that would work perfectly for not only a first birthday party, but a baby shower or baptism/blessing as well… 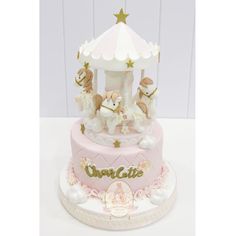 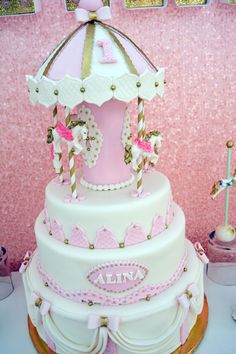 What a simply sweet 1st birthday idea found in this featured Kara's Party Ideas carousel 1st birthday party. You will love the details and great ideas! 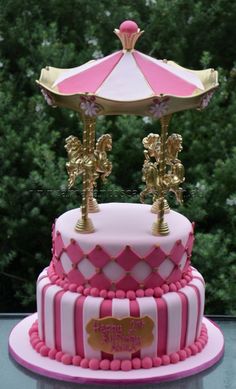 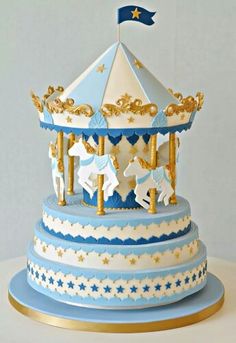 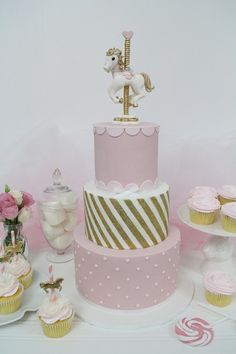 The Carousel Horse by Sharon Wee

This month we're spotlighting the work of Sharon Wee who runs Sharon Wee Creations in Sydney, Australia. Sharon's work has been featured in magazines such as Hitched, Cosmo Bride, The Knot, and Modern Wedding. Her creations have been lauded on radio and television, and in 2013 the Australian Cake Decorating Network nam 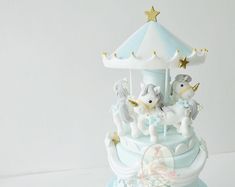 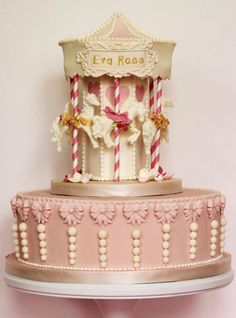 This cake was for the Christening of a very special little girl, who was born very premature and fought her way through the first few months. Her mother wanted something really special to celebrate. I loved making this cake, even more because of...